Why use NETCONF/YANG when you can use SNMP and CLI?

To answer that question, let’s take a closer look to CLI and SNMP disadvantages

CLI scripting is the primary approach to making automated configuration changes to the network, at least prior to NETCONF.

Unfortunately, CLI scripting has various limitations and the most important one is the lack of transaction management. Configuring a device maybe a complex task, involving multiple actions i.e. configuration changes, that need to take place.

Usually these multiple actions can not be done partially, as this would leave the device in an undefined state. In case one action fails, we need to rollback, i.e. undo all previous actions. This requires extensive programming when transaction management is not supported and this is the case with CLI.

Lack of structured error management is the second big issue of CLI. Usually whenever a new device software is released, new CLI commands are added but unfortunately in some cases existing commands are modified or deleted. This means that every other software that was using CLI as an application programming interface (API) will fail, and most probably without gracious handling of the errors.

This ever changing structure and syntax of CLI commands is what makes CLI scripts fragile and costly to maintain. These are all side-effects of the basic fact that CLIs are designed to be used by humans and not an API for programmatic access.

SNMP was developed to be used for both monitoring and management, i.e. it has the capability to write changes. So why is SNMP mostly used for fault and performance monitoring and not configuration changes?

The main reasons for this is the complexity of SNMP and therefore the inherent lack of a standard automatic discovery process that finds the (correct) MIB modules that the device is using. This means that the discovery work must be done by the users or operators and as it is complex, configuration management with SNMP has been abandonded.

The disadvantages inherent in the use of the UDP protocol where messages can be just lost, and the lack of useful standard security and commit mechanisms have also played a significant role in the replacement of SNMP with CLI for configuration of devices.

The key with NETCONF protocol is that it was designed to address the shortcomings of existing practices and protocols for configuration management including:

But is NETCONF really being used to configure devices?

According to an article of LightReading, even from 2013 there has been a major rush from many of the major vendors to support NETCONF and YANG as part of the rush to, at least publicly, embrace “open networks. Among the supporters were Brocade Communications Systems Inc.  Cisco Systems Inc., Juniper Networks Inc., Ericsson-LG , and Nokia Networks , but notably not Alcatel-Lucent.

But what is the benefit of NETCONF that outweighs the cost of replacing existing protocols? The operator’s target is to get humans out of the loop of configuration management, as it has been estimated that up to 60% of configuration errors are due to humans mistyping things or translating things wrong from print to their console.

NETCONF’s development began in the IETF way back in 2003, as network operators realized that SNMP while widely deployed, was inadequate for network configuration and that individual vendor CLIs can’t easily be programmed for automation and require human interpretation.

NETCONF’s adoption had been slow, but with the emergence of SDN/NFV, NETCONF is the (only) cadidate to replace CLI for configuration management of programmable networks. 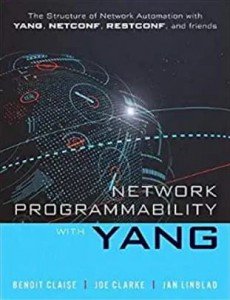 The Structure of Network Automation with YANG, NETCONF, RESTCONF, and gNMI
by Addison-Wesley Professional 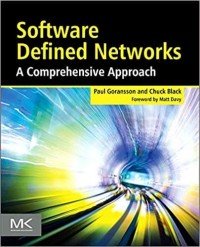 A very well book for the beginners about SDN 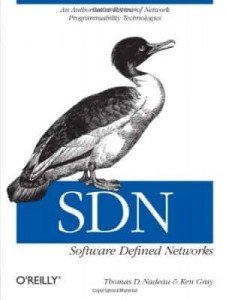 An Authoritative Review of Network Programmability Technologies
by O’Reilly Media